So, you’re tackling your spring to-do list and confronting your closet. Before you cull your pieces and approach the resale market, here’s what Canadian consignment experts want you to know.

Is what you want to sell a viable item? Here’s what “gently worn” actually means: Clothing must be in good to excellent condition, intact and free of pills, pulls and stains. At Toronto’s I Miss You Vintage and I Miss You Man luxury resale shops, footwear must be nearly new or brand new and from no more than five seasons before. Garments should also be freshly cleaned before being consigned; most resellers steam intake items and use UV wands to disinfect purses and jewellery. (Accessories typ­ically fare better in the consignment world, depend­ ing on their wear.) When consigning, find out if you’re responsible for any additional third ­party charges, such as dry cleaning or authentication, … Read the rest

The pomp and circumstance around prom — and the importance of finding the perfect ensemble to wear to it — goes back decades. But prom trends have come and gone since young men wore powder blue tuxedos with matching cummerbunds in the 1970s, and it wasn’t until the aughts that lavishly beaded and bedazzled gowns became the standard for high school grads — largely thanks to young stars upping their game on the red carpet and millennial TV dramas beginning to adorn teen stars in luxury brands for their senior dances. (Take Marissa Cooper from The O.C., who showed up to prom dressed in Chanel!) It’s as if the night has become an extension of the star-studded red carpets and best dressed lists we ogle at each year. After all, these grand-scale Hollywood events are where designers and celebrities flex their influence — and are a quintessential stop on … Read the rest

After a distinguished panel of judges — including Canadian-born fashion media entrepreneur Imran Amed, Dover Street Market CEO Adrian Joffe, journalist Susie Bubblem and British Vogue EIC Edward Enninful — and the public got their say earlier this month, the nine finalists for this year’s LVMH Prize were revealed this morning.

Delphine Arnault, director and executive vice president of Louis Vuitton, notes that this is the first time in the prize’s history that Colombia and Albania (represented by Nensi Dojaka) are highlighted; this might be due to the fact that also for the first time, fashion fans could have their say on who advanced from the range of semi-finalists.

The latest trend in denim has designers rethinking — and reworking — the past. Scraps from previous seasons get new life in Marques’ Almeida’s modern take on the jean jacket and designer pieces are reimagined by 1/Off to be better than new. A pair of reworked Levi’s are double the fun with the addition of a second waistband, while Chanel and Burberry are among the other labels getting the 1/Off upcycled denim treatment. The best part? These stylishly repurposed items are not only fashion-forward but sustainably-minded.

Scroll through the gallery below for seven jean-ius upcycled denim pieces. 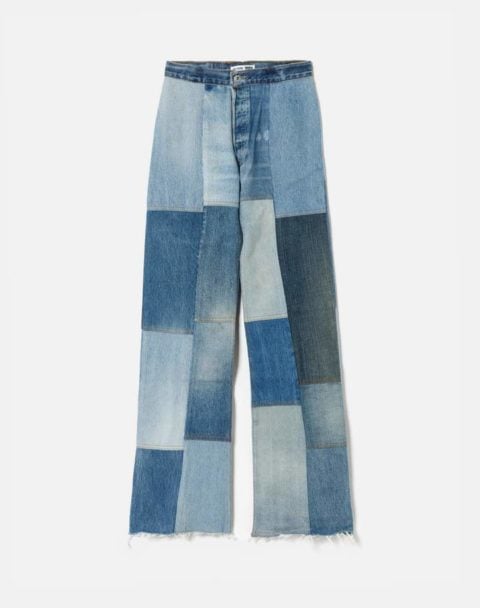 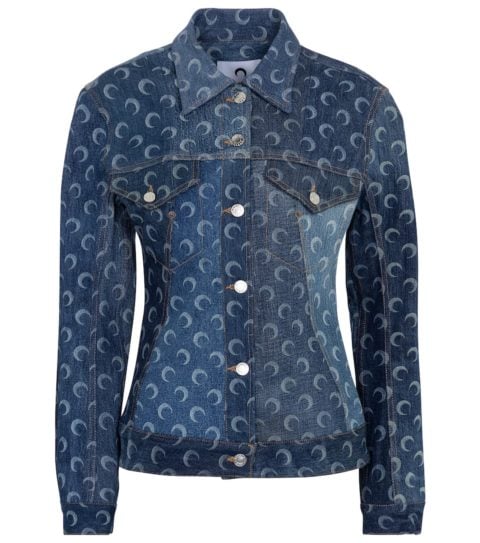 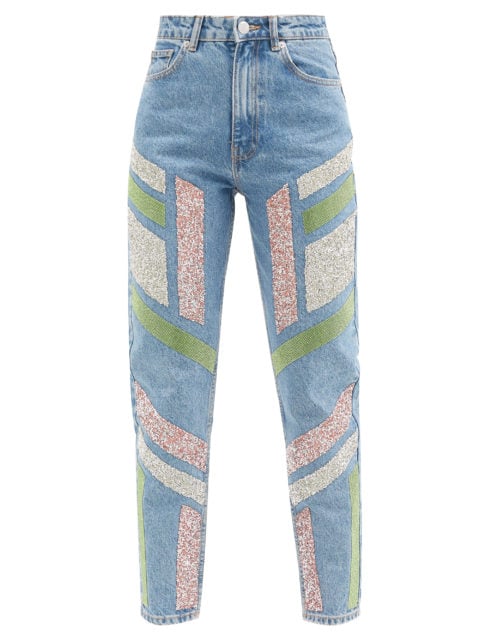 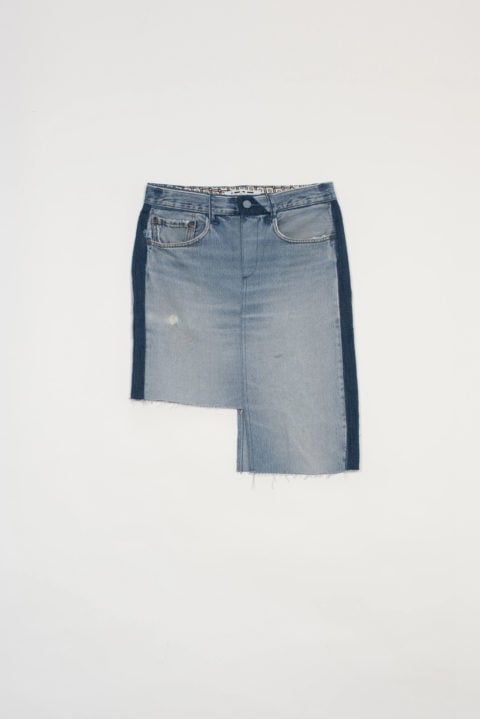 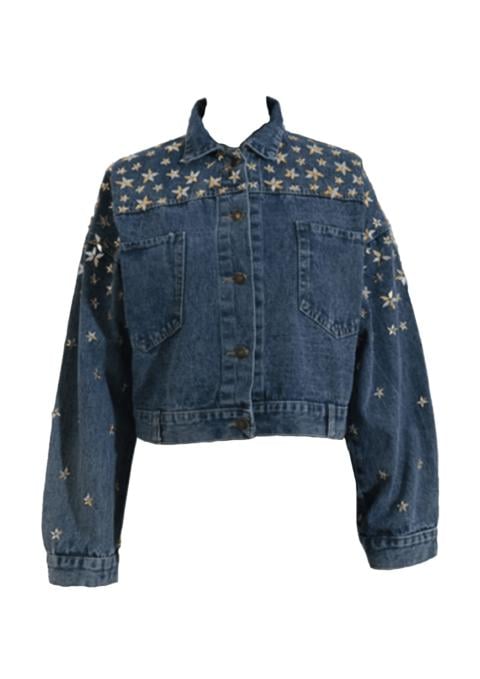 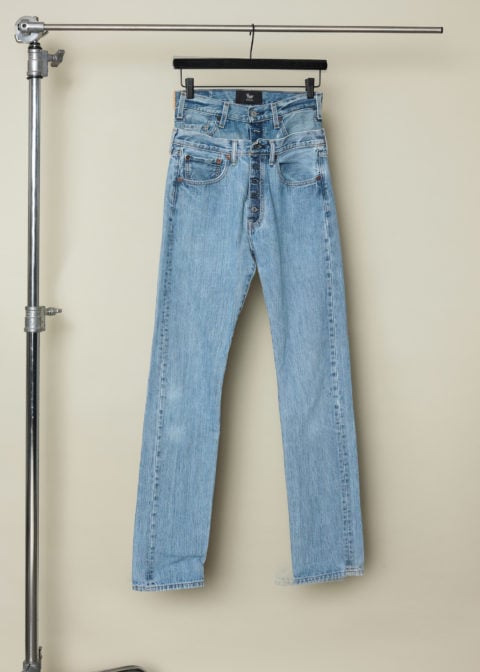 The 2021 Oscars sure looked different than the traditional ceremony we’re used. But despite the smaller ceremony, it was still a chance for the celebs in attendance to return to red carpet glam, and for winners to give moving, hilarious speeches that will definitely last in our memory. It was also a history-making night, with many long-standing (and, in some cases, painfully outdated) Academy Awards records being broken. Here, we break it all down.

Chloé Zhao had already made history when the 2021 Oscar nominations were announced, but now she has further cemented her legendary place. With her Best Director win for drama Nomadland (which also won Best Picture), the Chinese filmmaker becomes the first Asian woman — and first woman of colour — to win in the category. Zhao is also only the second woman in Academy history to earn the recognition (the first … Read the rest

For Gucci’s new campaign, creative director Alessandro Michele has conjured up the fashion house’s own version of a late-night talk show, bringing fame, light-hearted banter and Gucci bags into our homes with the Beloved show. Michele tapped none other than James Corden to host, and selected a string of treasured stars as guests: Harry Styles, Serena Williams, Diane Keaton, Awkwafina, Dakota Johnson and Sienna Miller. Each celebrity will share a candid and comical two minutes with Corden and their most beloved Gucci handbag, of course (you can expect to see the Dionysus bag and Gucci Horsebit in the spotlight).

“We decided to show the concept of ‘beloved’ in an ironic way in the campaign, being inspired by the fact that bags are the protagonists in my life and in the lives of many other people,” explains Michele in a press … Read the rest

Lancôme has partnered with the Canadian Women’s Foundation

On April 19, Lancôme announced that it has partnered with the Canadian Women’s Foundation, which aims to help women achieve economic stability through skills training, mentorship and self-employment programs that help women develop viable ideas for small businesses, write business plans and build a strong network. Throughout the partnership, two percent of proceeds from Lancôme’s best selling products on lancôme.ca — La Vie Est Belle Eau De Parfum, Advanced Génifique Youth Activating Serum and Teint Idole Ultra Wear Foundation — will be donated to the Canadian Women’s Foundation. “All women deserve every opportunity to achieve their potential, and we’re thrilled to partner with Lancôme toward that goal,” said Paulette Senior, president and CEO at the Canadian Women’s Foundation, in a statement released by the brand. “We look forward … Read the rest

Since launching her eponymous line, sustainability-focused designer Olivia Rubens has been able to count numerous accomplishments on her CV including last year’s win at the International Talent Support competition in the Responsible Fashion award category. Rubens also recently joined the ranks of Reture, an e-comm platform that connects fashion creatives with consumers looking to give new life to old garments and accessories. In addition to crafting upcycled pieces to sell on the site, Rubens can also be tapped to update pieces from your closet, should you be so inclined. And on Sunday, April 25 at 11 a.m. EST, she’s hosting a livestreamed-workshop through Fashion Open Studio as part of Fashion Revolution Week. The event, which is open for registration now, will focus on repurposing, mending knits and the process of finger knitting. In advance of the workshop, we caught up with Rubens to learn more about her creative process and … Read the rest

With an avid group of followers and brands taking notice of her unique voice, Los Angeles-based photojournalist and sustainable style activist Aditi Mayer is pushing the dial when it comes to the dialogue around the environmental and ethical impacts of the fashion industry. With a focus on decolonization, garment workers’ rights and consuming less, not just better, Mayer — who counts Canadian brand Poppy Barley as one of her favourites — is a force to be reckoned with. Read on to learn more about how she grew a passion for photography into a life of purpose.

Describe your relationship with the fashion world before you started your advocacy.

Growing up, I wasn’t someone who had a ‘passion for fashion’; my passion lay in photography. But I became interested in the use of design to communicate my identity. As a South Asian woman, I was really into the idea of fusion … Read the rest

Taurus season has entered the group chat, and we’ve got you covered with 15 hand-picked gifts for this pleasure-chasing earth sign.

As the zodiac sign that sits comfortably in the middle of the spring season, they’ll surely get a kick out of anything that connects them with nature and shows off the bucolic beauty of the world — just don’t ask famously chilled out (read: lounge-loving) Taurus to do *too* much at once. And don’t forget to make your gift beautiful — sensuous Taureans are all about aesthetic, after all. Hook them up with a bountiful bouquet of fresh-cut flowers from Toronto’s Crown Flora or a pair of floral Crocs that will make tending the garden a moment rather than a chore. AnZa’s artful concrete espresso maker is perfect for the sign that is equal parts creative and practical. Pamper the luxury-loving Taurus in your life with an elevated goat … Read the rest